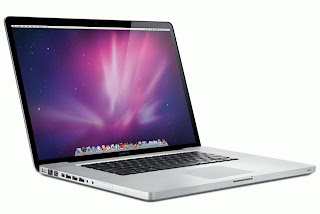 Recently I changed the job, and at my new work place I've got a MacBook Pro.

Working on a Mac might be quite difficult for someone who was using PCs for 20 years. The Mac OS X UI is not bad, some things are familiar to me after being on Linux for the last couple of years. But one thing on a Mac is very annoying - it's the keyboard, especially on a MacBook.

Using this keyboard for me is like tiptoeing on a mine field. One wrong step and you're dead! Well, it's not really that fatal, but only because there is usually an Undo command available.

The worst thing is the absence of the separate Home/End/PgUp/PgDn keys on a laptop keyboard, so you need to use directional arrow keys with Fn, Control, Option or Command modificators. It is just impossible! Especially because the behavior is inconsistent in different applications.

I've already learned to use the Command key instead of Control, but those arrow keys with modificators drive me crazy! I desperately need a full keyboard!
Posted by Alex Pakhotin at 3:04 PM