My birthday was last month, and it was about time to upgrade my Nexus S phone, so I decided to get myself a new more interesting and modern phone as a birthday present. While researching what was available on the market, compatible with AWS/UMTS used by my provider Wind Mobile, I found that T-Mobile USA was about to release a UMTS version of HTC One S. I noticed the new HTC One series some time ago. It reminded me the Nexus One - my first Android phone, which I liked more than the Nexus S, and I was looking for something similar. I really liked the design of the One S - so thin and stylish. Unfortunately the One series was not compatible with Wind at that time. But T-Mobile version should be compatible, as they use the same band! So it was decided, that was my next phone.

I checked Expansys.ca, they were already receiving orders for the T-Mobile version of One S, and I ordered it. After more than a week of  waiting, they were still not in stock, so I decided to get it from eBay, as by that time these phones started appearing there. I won an auction where the seller promised to unlock the phone, waited another week, contacted the seller a couple times, and finally he admitted that he could not unlock the phone after several attempts to get the unlock code from different places. I had to buy the phone from another seller - the description said, it's already unlocked. In reality the seller was "ready to unlock it", but again the unlock code was not easy to get. Luckily he finally managed to unlock it, and in several days the package with the phone arrived! 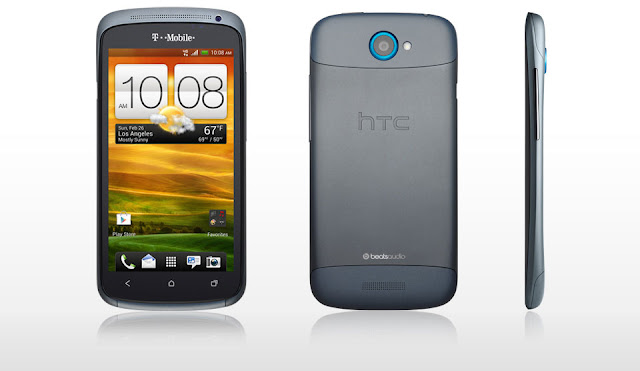 It is really thin - only 7.8mm! Nexus S compared to it is so fat! :) It turned out though that such a thin shape, especially made out of slick aluminum, is a bit difficult to hold. And it's especially difficult to take from the desk surface - it's like a sheet of paper, which you need sometimes to move to the edge of the desk to pick up. :) But I can live with that - I still like the form factor and the design. The phone is more solid and better looking than all those plasticky Galaxies from Samsung. HTC still can do it! I liked their devices since the iPAQs - they always had nice design and were solidly built. And their modern phones are even better!

There are some annoyances on the software side though. As usual T-Mobile put a lot of bloatware, which I had to disable. I also don't like this new approach for the latest Android versions to get rid of the dedicated menu hardware button. Unlike Galaxy Nexus, which draws the buttons right on the screen, so can accommodate a small menu button on the side when needed, the HTC One has regular hardware sensor buttons, and because there is no menu button, and no place where to put it, in the old applications, which are not yet ported to Android 4.0, the button appears on a special black stripe at the bottom of the screen:

This is far from ideal of course, as it takes so much space just for one button! It definitely needs to be fixed, and I am planning to root the phone soon to do it. It's possible on One X to turn the task-switch button (which I rarely use) into the menu, and I guess it should be the same for One S as well. I was planning to root it anyway to remove that useless T-Mobile junk, so will fix this too.

Other than that I like the phone: it's nice and fast; the screen is good, even though it's "just" qHD resolution (960x540); it has a good camera and excellent sound. And did I mention the form-factor and design? ;) 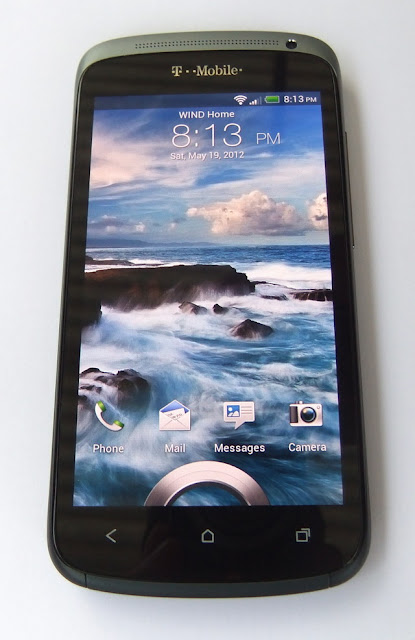 Posted by Alex Pakhotin at 8:07 PM